You may see billboards that are both eye-catching and politically-charged popping up in Flint and other Michigan cities.

The group Artists United for Change is launching a series of billboards and street art posters in several battleground states, including Michigan. The billboards, which all feature the text “Vote Them Out” take aim at the Republican party in general but mostly focus on criticizing President Donald Trump’s handling of the coronavirus pandemic.

All photos used with permission from Artists United for Change.

Puscifer’s Maynard Keenan + Mat Mitchell: How to Survive the Existential Crisis of 2020 — Interview

10 Interviews With Artists Before They Were Famous 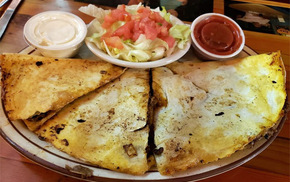 Thank you for your request.